And then it was May. Beltane. May Day. Whatever floats your boat. You think about May and you think of things like this:

Instead, we’re being treated to a surfeit of this:

Even the ducks have been complaining.

Honestly. The United Kingdom. The only place in the world where we have hosepipe bans and a drought in the ‘rainiest April since records began’. It’s not only been wet, it’s also been very cold. However, I am my father’s daughter and I staunchly refuse to put on the central heating unless I am shivering. More layers, he’d say. Go and put on a jumper. I grew up in a house without central heating (although we had some mad warm air convection heating thing downstairs. It was about as much use as a chocolate fireguard) and so I cope with the cold better than the Boys. I’m actually sitting here with my coat still on (I’ve been in from work for an hour) and even I’m thinking of putting the heating on ‘for a bit’. 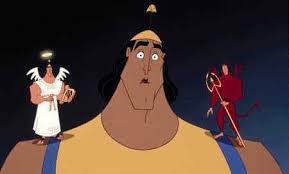 I'm gonna lead you down the path that rocks...

I haven’t seen Avengers Assemble yet. The current plan is to go and see it on Sunday when Dearly Beloved is not at work. The over-zealous enthusiasm for it that’s doing the rounds on the interwebs is kind of putting me off if I’m brutally honest. Sometimes I feel like that about books as well, or books by certain authors when people go ‘OMG IT’S A BOOK BY <INSERT AUTHOR HERE> IT’S BRILLIANT AND THE BEST THING EVER’ and God help anybody who has a differing opinion and dares to express it. Sometimes I find it disheartening that there are so many people out there who seem incapable of recognising that everyone has differing opinions (apart from those who can’t form opinions of their own).

Speaking of disheartening, the day job has become something that I can only just about bear. My workload has increased massively over the past six months or so, which may just be a slight glitch in the flow of patient referrals, but there’s no sign of it easing off. I work very hard at what I do for not very much return. Having one of my major projects ripped apart by a consultant who genuinely didn’t have a clue what he was talking about was galling, but I’m not massively concerned when the hard evidence exists to prove my point. But it just wears you down. I can never wait to be out of there so I can be at home, where I am happy and where I can do the things that matter. Spend time with Dearly Beloved and Smallish. Torment the cats. Write.

On the subject of writing (neat, eh?) I sent off the first drafts of Project: Loophole and Project: ME, ME, ME to the editor-beast over the last couple of weeks. Next to look at are (in no particular order at this point) Project: Hunting Wabbits and Project: Who Shall It Be? On top of that, Valkia the Bloody is due out in the next few weeks, too.

Architect of Fate is on release to the wider public now and a couple of very nice reviews have slipped in, including ones from SF Book Reviews and Starburst Magazine.

Project: Backburner is very low down on the agenda at the moment, but I’m thinking of spending a few hours on it over the next week or two whilst I draw breath and recover from Loophole and ME, ME, ME.

So the writing thing is going brilliantly. I’m job-hunting like it’s going out of fashion… and I’m going to go and put the heating on.